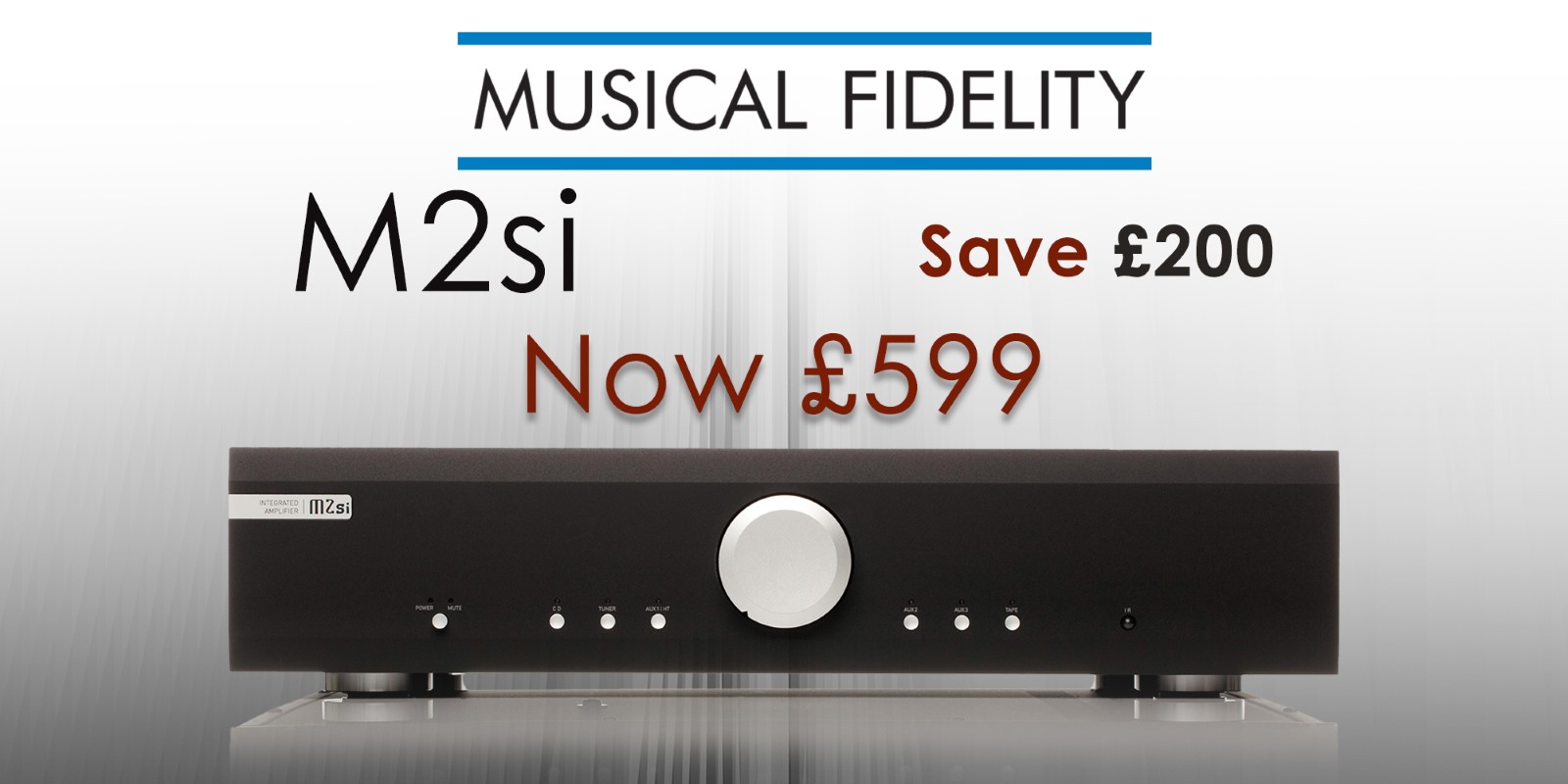 Musical Fidelity M2si Price Drop: Get your hands on this phenomenal performer for just £599, for a limited time. The promotion will run from February 21st until May 31st, 2020.

The M2si possess Class A amplifier technology, with a separate pre-amp stage and independent power supply, coupled with a pair of discrete power amps. The amplifier is capable of delivering 76 watts per channel into 8Ohms, and 137 watts into 4Ohms, meaning the M2si has the power to drive a wide variety of complimentary loudspeakers. The advanced internal design allows the M2si to effectively offer the performance of both a pre and a power amplifier in a single box solution.

With six line level inputs, the M2si integrates perfectly with any system, performing as the hub of any Hi-Fi system. By leaving DAC, phono, streaming and CD tasks to dedicated external devices, the Musical Fidelity M2si benefits from functioning as a purely analogue amplifier to deliver a clean and high-end sound to your home. For integration into home cinema systems, the AUX1 input can be switched to a Home Theatre (HT) through-put.

The M2si integrated amplifier features a heavy metal chassis with aluminium front panels in silver of black. The amp is controlled via the supplied remote control, or with the intuitive and clearly labelled front panel controls, with separate buttons for each line input and a volume control knob. Performing with Musical Fidelity’s peerless premium sound, the M2si sits apart from its rivals with its outstanding sonic capabilities, sleek, minimalist design and easy integration.

or View our product reviews and demonstrations on our YouTube channel