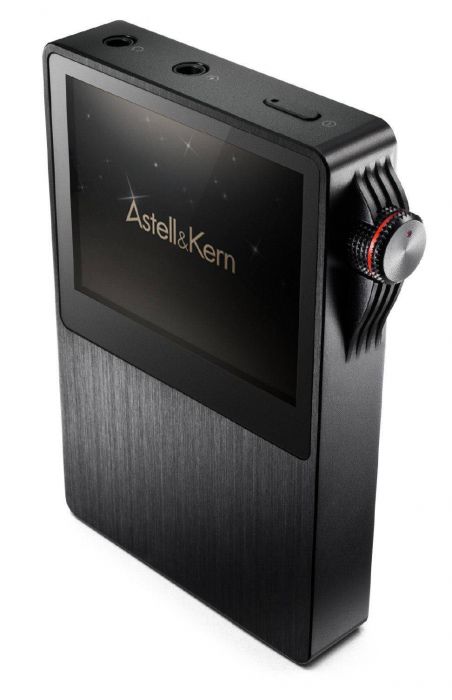 Astell & Kern provide the ultimate in portable high-fidelity audio systems, capable of playing back high-resolution (up to 24bit/192kHz) music files. The AK120 provides a dual-mono design, DSD file playback, and up to 192GB of storage capability.

DSD(Direct Stream Digital) is the digital audio format found embedded into SACD(Super Audio CD) physical media. In common digital audio recording, PCM(Pulse Code Modulation) is the Y-axis of a sine wave is divided into 65000 (16bit) to 1,670 million(24bit) and the X-axis is divided into 44,000(44.1kHz) to 192,000(192kHz) parts. When comparing a standard PCM digital recording to the DSD approach, the digital signal is transformed by Y-axis of the DSD sine waves that are measured at single bit(1bit, 0s and 1s) sequence and is divided 2.8 million(2.8MHz) to 5.6 million(5.6MHz) times into the X-axis. In general, when comparing SACD and PCM 16bit/44.1kHz Audio CDs, SACDs are recorded in frequency ranges up to 100kHz and greatly expand the dynamic range over 120dB while maintaining clarity of sound that a traditional PCM audio signal cannot reproduce. In order to listen to SACD, a dedicated SACD player is needed, but the AK120 brings SACD audio format playback to a portable player with DSD audio support. Enjoy the sound of DSD without a separate SACD player with the AK120. (AK120 supports the .dff and .dsf DSD formats up to 2.8MHz resolution.)

From input to output, the design of the dual Wolfson WM8740 DAC implemented in the Astell&Kern AK120 independently separates the left and right audio channels, creating a true Dual-Mono audio output system. When the analog audio signal passes through the dual Wolfson WM8740 DAC, not only does the AK120 use the Ultralow Distortion and Noise Technology, but executes the optimal digital noise reduction technology combined into the analog amp. The dual DAC built-in to the AK120 forms a dual-monaural audio ecosystem that brings wider soundstage, channel separation, and an overall richer sound. The AK120 comes with 64GB of high-speed internal flash memory and dual microSD memory card slots capable of supporting up to 64GB of memory in each slot, for a maximum storage capacity of 192GB.

The AK120 comes with 64GB of high-speed internal flash memory and dual microSD memory card slots capable of supporting up to 64GB of memory in each slot, for a maximum storage capacity of 192GB.

Astell and Kern AK120 Media Player is a cost saver product meaning you save money. Get it new for just £849.00, don't miss out on this great cost saving opportunity. Visit this product here on our BRAND NEW website!