Record Store Day 2019 is only days away, here's a list of 5 MORE of the most sought after vinyl records you'll want to look out for on the day! Here, we've picked out five more of the records we hope to get our hands on come Saturday 13 April. Hopefully it'll guide you toward something you may otherwise have missed, just please don't pick up the last copy before we've been able to get ours. 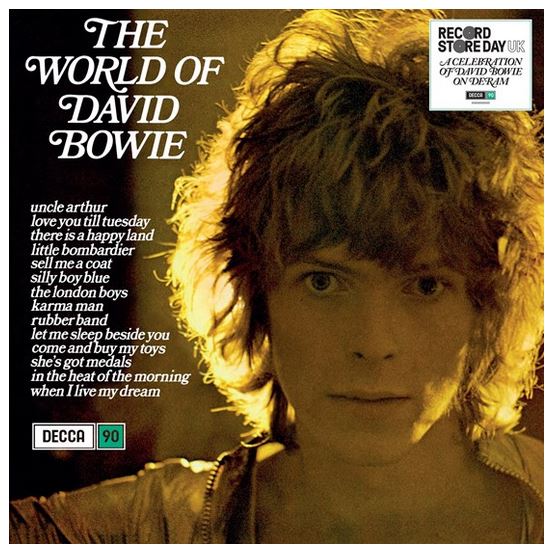 Format:
1LP
Label:
USM/Deram
More Info:
Decca launched its much-loved World Of Series in 1968. The first album set out the series' stall perfectly, looking at one of the label' s biggest selling artists - yet hardly one that chimed with the counter culture in 1968. The World Of Mantovani - SPA 1, (or PA 1 in mono) - was a 14 track collection, each track a different selection from his sizeable Decca album catalogue. Released in the autumn of the year, it acted as a perfect primer, and its price, 17s, put it shy of the 37s 6d of the full price albums.

Its whole raison d' etre was to drive sales of the artist' s deeper repertoire - dip in here and then indulge further - the rear sleeve clearly offered the catalogue numbers of the parent albums. The series would run throughout the 70s and become a ubiquitous feature of the label. It was taken so seriously, that David Bowie himself offered the track listing for his own addition to the series, (SPA/PA 58), which was released in March 1970 after the success of the Phillips-released single Space Oddity.

It also showed how the World Ofs could be a veritable treasure trove for rarities and one-offs, as it contained the first official release of Let Me Sleep Beside You, Karma Man and In The Heat Of The Morning. According to Kevin Cann' s invaluable book on Bowie' s early years, Any Day Now, Bowie bought a copy of the original himself from a record shop on Beckenham High Street. It became a big seller - indeed, Decca repackaged it - when Bowie finally became a big star. Imagine the shock people had thinking they had The Jean Genie when all they had was Uncle Arthur and Little Bombardier. 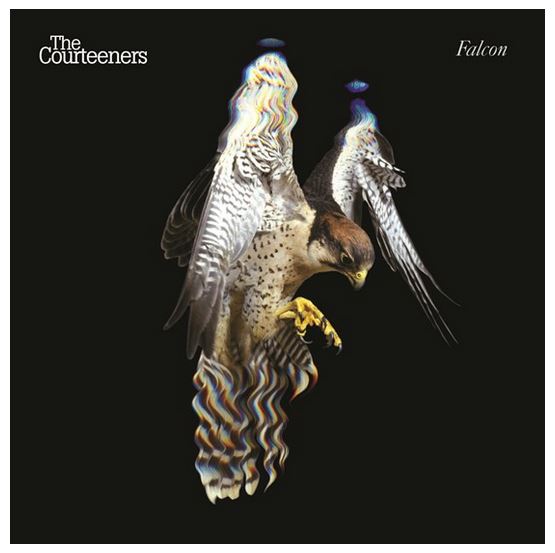 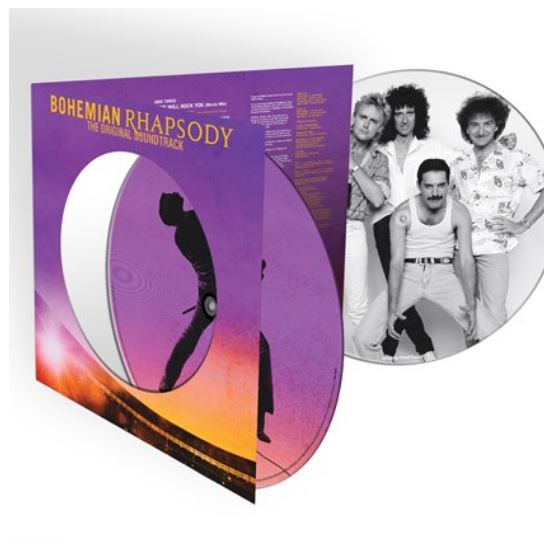 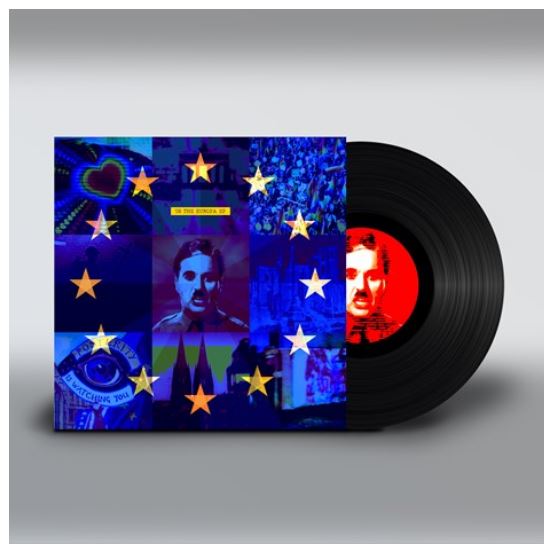 Format:
12" Single - Black Vinyl
Label:
UMC
More Info:
U2 present the The Europa EP: Side A features the previously unreleased opening from the recent eXPERIENCE + iNNOCENCE European Tour - Charlie Chaplin' s final speech from the movie The Great Dictator, underscored with a unique musical mash up of ' Love Is All We Have Left' with 1993 classic ' Zooropa' - which leads into a ' live' performance of New Year' s Day from Dublin in November 2018.
Side B has two ' Euro' -tinged remixes: St. Francis Hotel' s mix of ' New Year' s Day' and Jon Pleased Wimmin' s Euromantic mix of ' Love Is All We Have Left' . The artwork is an eXPERIENCED Chaplinesque homage to the artwork of the Zooropa Album. 12" single on 180gsm black vinyl housed in full colour outer sleeve with embossed front cover.
Four page colour insert with lyrics and credits, plus A5 sticker sheet. Record Store Day 2019 falls in the week of Charlie Chaplin' s 130th birthday (which is on 16th April) so the marketing sticker will feature both the Record Store Day logo and the Chaplin 130 logo. 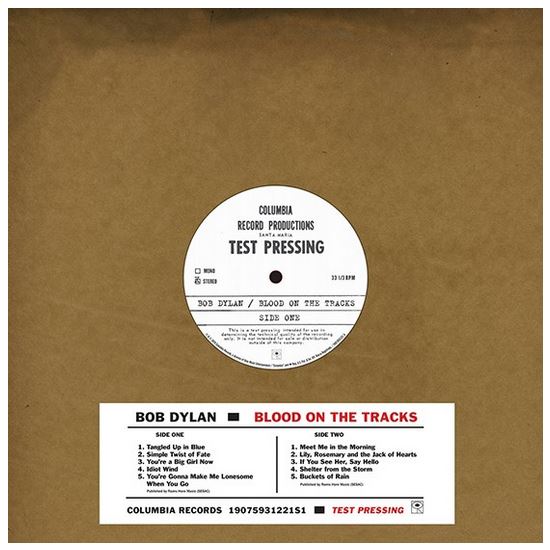 Format:
LP Vinyl
Label:
CMG / Legacy
More Info:
Months before Bob Dylan released Blood On The Tracks in early 1975, a small number of test pressings were circulated, consisting entirely of material from sessions at A&R Recording Studios in New York City. (Dylan re-recorded five of these tracks in Minneapolis for inclusion on the final album.) Those original records were soon bootlegged, and the alternate history of one of Dylan' s most acclaimed works was born. This LP is an exact duplicate of the test pressing, containing unique mixes from the New York session available for the first time.

We're looking forward to seeing you at Hifix Frank Harvey Hi Fi Excellence in Coventry on the 13th of April for our annual RSD 2019 event supported by the BBC.
Why not check out the RSD 2019 Limited Edition Turntable here. There's only 500 around the world! 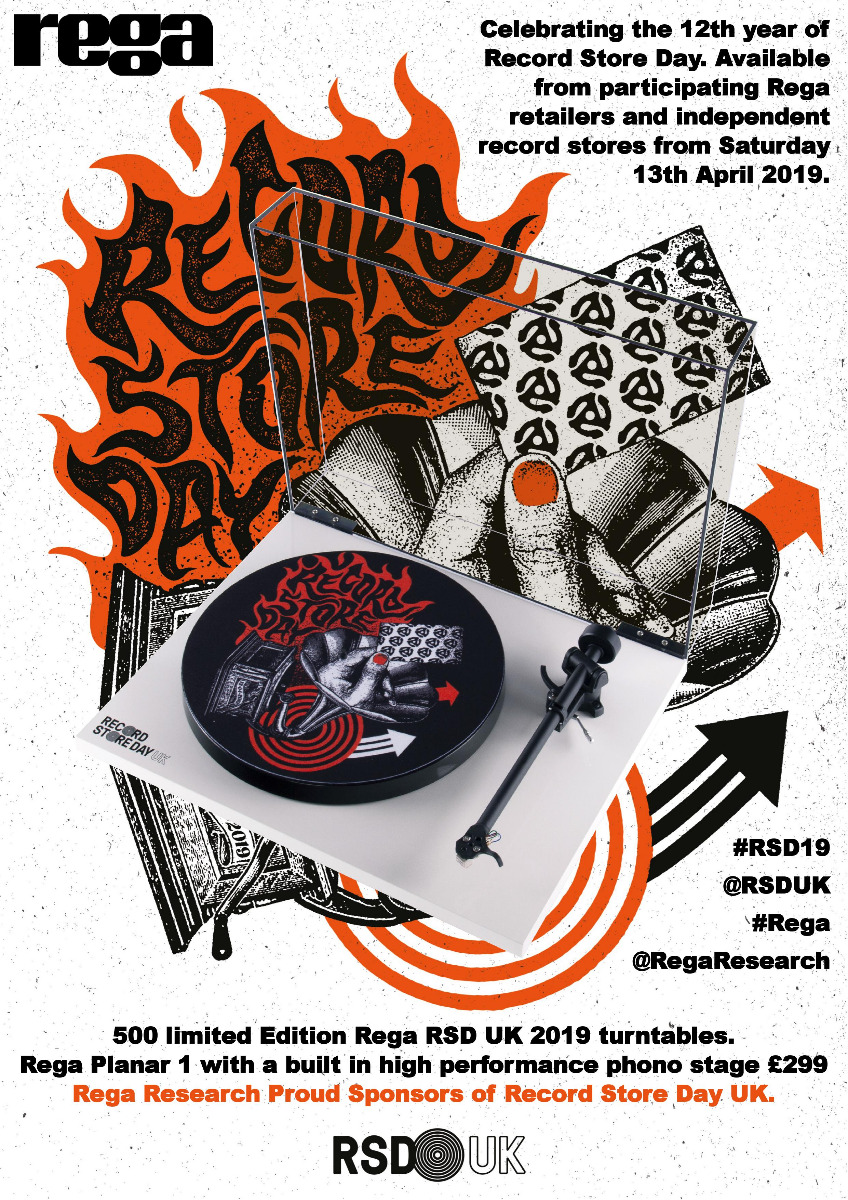 Visit us online at: www.hifix.co.uk